Tembang Sunda and kacapi suling are important expressions of Sundanese cultural identity.  Tembang Sunda (also known as Cianjuran) emerged in the latter half of the 19th century as an entertainment for the aristocracy in and around the court of the Regent of Cianjur.  Sundanese poetry was traditionally never read in a speaking voice, but always sung to standardized, syllabic melodies corresponding to the poetic metre (wawacan).  Tembang Sunda developed in Cianjur as a way of setting Sundanese texts to highly melismatic and ornamented melodies. It is accompanied by kacapi (zither) and suling (bamboo flute). 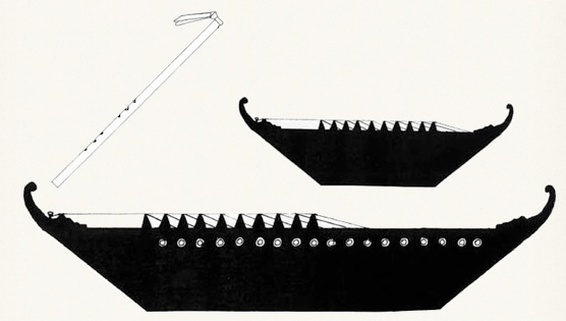 The core of the tembang Sunda repertoire consists of mamaos, songs which are rhythmically very free.  The kacapi player needs to adjust his timing, cues and phrase lengths to the singer.  Tembang Sunda also absorbed pieces from several very different styles of Sundanese music, notably pantun, gamelan degung and gamelan salendro.  Pantun is a narrative genre, now very rarely performed, in which a solitary bard (often blind) accompanies himself on a kacapi, and narrates and sings epic Sundanese stories.  Performances last from early evening to the small hours of the morning.  Songs from the gamelan repertoires were introduced later in the development of tembang Sunda.  They are tagged on to the end of a set of  mamaos songs, and referred to as panambih: “extra” songs.  Panambih are readily recognizable, as the smaller kacapi joins in, and the phrase lengths begin to move in units of four.  They are normally only sung by women.  The real tembang Sunda aficionados tend to look down their nose at the panambih, which they regard as mere easy listening.  Kacapi suling means the performance of panambih tunes without a singer. 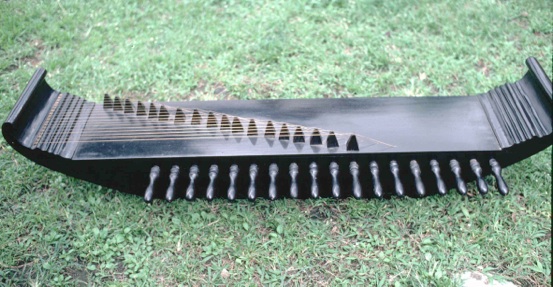 Two sizes of kacapi are used.  The larger model is called kacapi “indung” (“mother”) or kacapi “parahu” (“boat”).  It has 18 brass strings which are rough tuned by turning the protruding pegs, and fine tuned by moving the pyramidical bridges (“susu” or “breasts”).  Her child is the kacapi “rincik”, a term which also describes the patter of light rain.
The kacapi are tuned pentatonically.  In tembang Sunda the two most common tunings are pelog (roughly
F – E – C – Bb – A)  and sorog (F - E - D - Bb - A).  The voice and suling have more freedom to stray outside these tunings occasionally.

The traditional boat or parahu shape has an important place in Sundanese culture.  The volcano which dominates the Bandung skyline is said to resemble an upturned boat or Tangkuban Parahu - see the legend of Sangkuriang (a sort of frustrated Oedipus) below.