A gamelan is an ensemble from Indonesia which consists primarily of bronze instruments such as large hanging gongs, smaller gong kettles suspended horizontally, and metallophones, as well as a xylophone, drums, voices and a fiddle or flute.  Sometimes brass or iron is used instead of bronze. 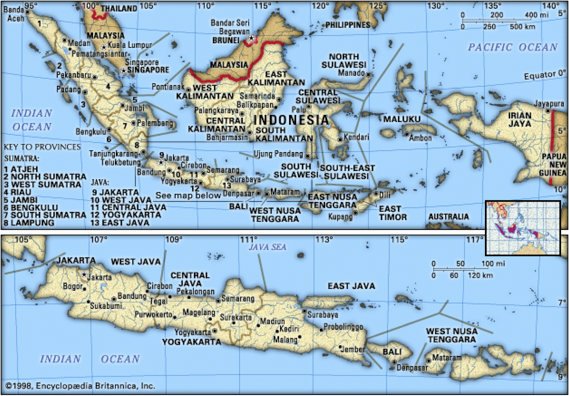 Indonesia is a huge and diverse country, and there is a vast diversity of design and musical style between gamelan from different regions of Indonesia.  The three main ones are Sunda, Central Java and Bali, but there are also distinct traditions in Lombok, Banyuwangi, East Java, Banyumas, Cirebon, Jakarta, Malaysia and many places in between.  Visit the gamelan mécanique site (produced by Cité de la Musique) for a fun way to investigate gamelan from Sunda, Java and Bali. 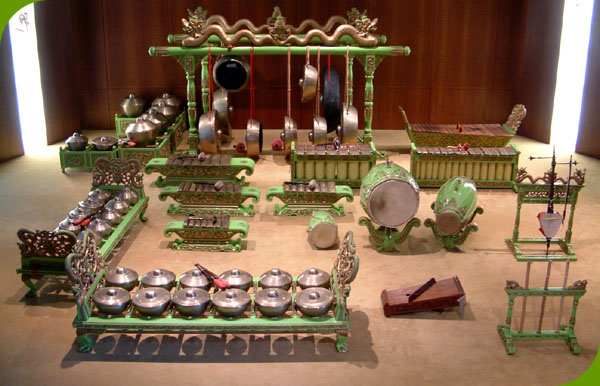 Part of the Javanese gamelan at Cité de la Musique in Paris.
Playing gamelan has become very popular outside Indonesia in recent years.  Most gamelan instruments have the great advantage that they are technically quite simple to play: generally the hardest thing is learning how to damp the sound.  Novices can focus on the music and on playing together right form the outset.  The sounds of gamelan are intrinsically beautiful, even when played by complete beginners.  The music combines very simple elements to produce intricate textures, and for the listener its interest often lies in hearing how those disparate strands relate to each other.  They combine into something which is more than the sum of its parts. 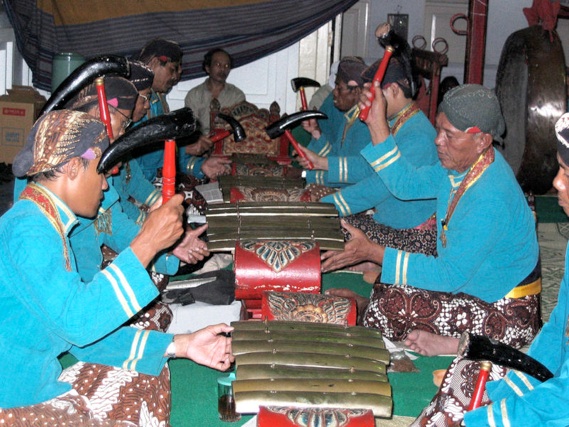 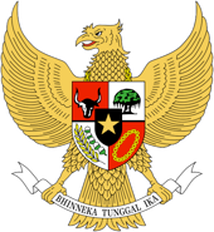 You cannot play gamelan on your own.  The Indonesian national motto is “bhinneka tunggal ika” or “unity in diversity” (literally “[although] in pieces, yet one”).  This philosophy pervades gamelan music, which is not about the individual, but about the group.  Virtuosity is not helpful: the ability to listen and become one with the ensemble is far more important.

NEXT: Sunda and its Music